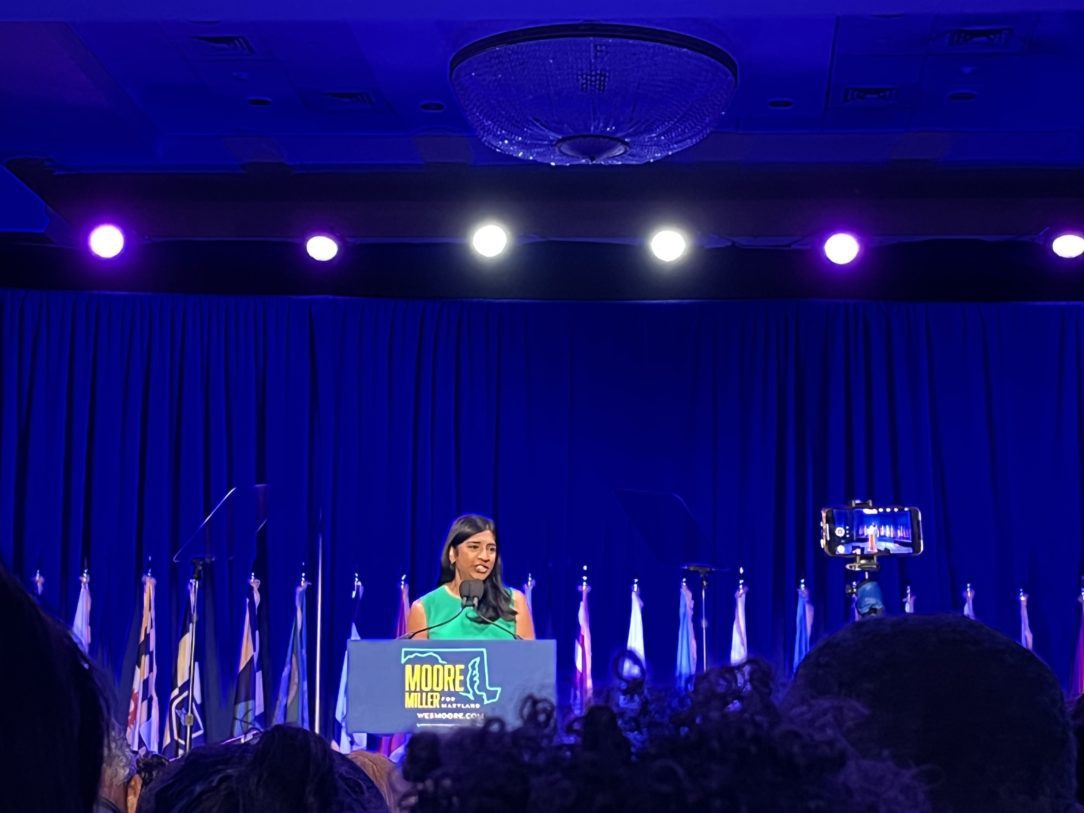 Last Tuesday, I attended an election night party for Wes Moore and Aruna Miller, now governor-elect and lieutenant governor-elect of Maryland. It was a night of firsts; Wes Moore became the first Black elected as governor of Maryland, and Aruna Miller became the first South Asian person elected lieutenant governor of a state in the entire history of the United States.

Aruna Miller is Telugu, shares my ancestral homeland, and even is from the same town as one side of my family. She spoke about the civil rights movement and the pathways it created for immigrants of color, many from India, like her family (and mine).

The partnership between Aruna and Wes seemed especially symbolic.

In his acceptance speech, Wes Moore spoke about some of the people he has met on the campaign trail, one of whom was a woman struggling with unemployment because she and her community do not have access to reliable broadband. That is an issue for millions of Americans across the country.

The Federal Communications Commission has established a new program to help households across the country access broadband services.

What is the Affordable Connectivity Program (ACP)?

Here are some fast facts:

There are complex barriers to the Internet, even when it is free or discounted. Data from No Home Left Offline indicate that while 51.6 million households are eligible for the ACP, only 13 million are enrolled. While this service is available, roadblocks such as lack of awareness, trust, language barriers, and complex enrollment processes are keeping communities offline.

In #MooreMiller’s state of Maryland, 779,981 households are eligible for the ACP. However, only 21% of eligible households are receiving the benefit. As of today, governors of 24 states have pledged to make broadband access and Affordable Connectivity Program adoption a priority. Maryland is one of them and is pushing for universal broadband by 2025.

Here’s to leaving no one behind.