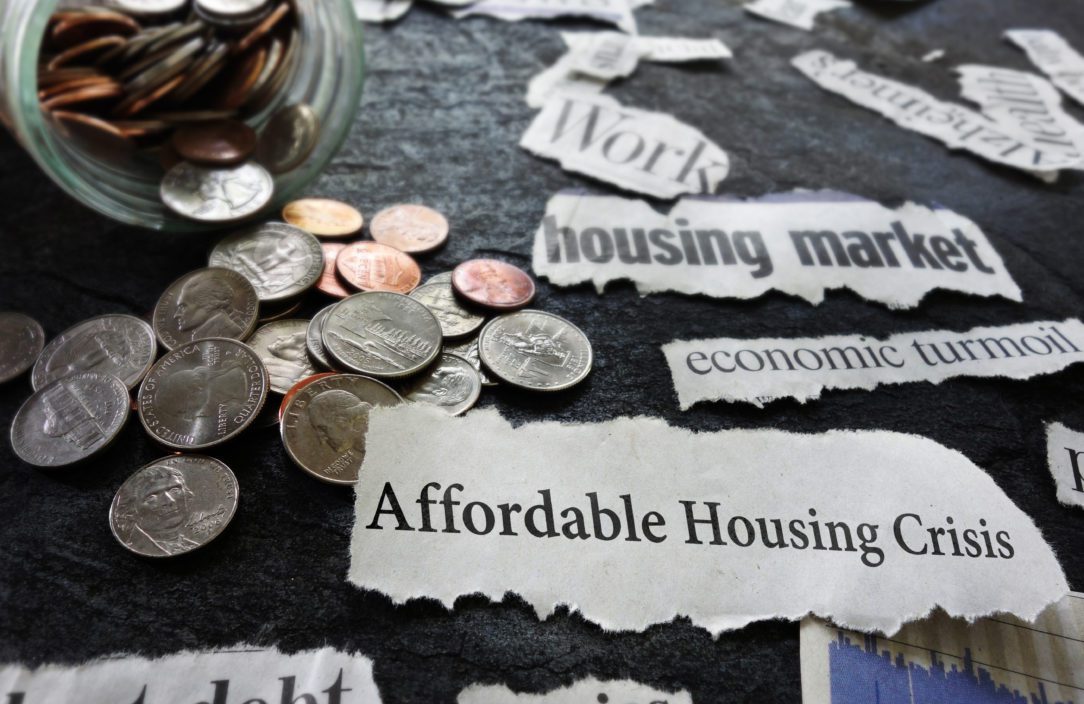 More and more citizens in our country are permanently losing the ability to fulfill some of their basic needs.  These are individuals with past criminal histories.  Historically, men have made up the bulk of the prison population, but research indicates that the number of incarcerated women increased from 26,378 in 1980 to 222,455 in 2019.[1]

This fact alone may not be very problematic, but when you consider the full impact of having a criminal record, you begin to understand just how harmful it can be for the individual and society.  Gary C. Mohr, head of Ohio’s Department of Rehabilitation and Corrections, states: “Even probation or a six-month sentence is a life sentence because it affects jobs, it affects housing, it affects everything in their lives.”  This suggests that a conviction at any level could be a severe hindrance to achieving the “American Dream.”

Assuming the harmful effects mentioned above are universal across race, ethnicity, and gender, this study focuses on the experiences of, and issues faced by, Black, Hispanic, and Native American women.  Even without a criminal history, these women are particularly vulnerable to discriminatory practices in the labor market.  Women in the United States working full-time are typically paid 83 cents for every dollar men are paid.  That gap increases for Black women (64 cents), Hispanic women (57 cents), and Native American women (60 cents).[2]

Earnings disparities coupled with a criminal conviction increase the vulnerability of these women and cause them to live in high-poverty, low-opportunity neighborhoods.  These neighborhoods have high unemployment, high school dropout rates, and less access to high-wage jobs, grocery stores, and banks.  A U.S. Department of Health and Human Services report states: “low-opportunity neighborhoods lack the vital conditions necessary for health, wealth, and well-being, and they diminish the life chances of the people who live in them, particularly children.[3]

The most devastating result has been the recent housing crisis that led to a record 11.3 percent increase in rents in 2021.[4]  This has reduced the amount of affordable housing available for low-wage earners.  And those who have been lucky enough to secure housing now face the consequences of the rising cost in the rental market.  The Census Bureau reports that 3.8 million renters will likely be evicted in the next two months alone.  Over half of these individuals are women.  According to an analysis released by the National Women’s Law Center, during the first half of July 2022, more than 2.3 million women reported being behind on rent, including nearly 1.8 million women of color.[5]  Many of these women probably are formerly incarcerated.  This report examines the parallels between banning the box on employment applications and rental applications and whether these policies can help eliminate some of the barriers faced by this group of women.

Expansion of Options and Less Recidivism (Labor vs. Housing Market)

Status of Ban-the-Box in the Labor Market

Over 20 years ago, Hawaii became the first state to enact Ban-the-Box policies in the labor market.  Since Hawaii’s 1998 enactment, 34 states and more than 150 cities nationwide have passed some form of Ban-the-Box or “fair-chance” legislation.[6]  Although each state’s policy is unique, all of the current policies cover public employers at a minimum.  Only 12 states and Washington, D.C. apply such laws to private employers.[7]

On the federal level, although President Obama directed all federal agencies to Ban-the-Box in 2015, a federal Ban-the-Box law was not signed until 2019.  The Fair Chance to Compete for Jobs Act of 2019 (FCA),[8] which went into effect in December 2021, prohibits federal agencies (including offices within the executive, legislative, and judicial branches and federal civilian and defense contractors) from requesting that an applicant for Federal employment disclose criminal history record information before the agency makes a conditional offer of employment to that applicant..

Ban-the-Box policies force employers to consider each applicant’s experience and abilities before asking about their criminal history.  This infuses both fairness and consistency into the labor market hiring process.  A Fact Sheet by the National Employment Law Project points to studies showing that, when discrimination does take place, it happens at the submission of a job application 76% of the time.[9]  Removing the stigma of being a returning citizen at this point of the hiring process leads to better chances of gaining employment.

Employment not only helps with securing necessities but also helps ex-offenders stay out of jail and prison.  The National Institute of Corrections states that “85% – 89% of ex-offenders rearrested are unemployed at the time of re-arrest.”[10]

There are also social benefits that extend from an increase in employment rates for ex-offenders.  A case study on Ban-the-Box policies in Durham, NC, found that “fair hiring policies benefit communities in the form of increased tax revenue, public safety, and bottom-line improvements of private businesses by increasing their productivity, as well as the retention of qualified, well-trained employees.”[11]

The private sector lags behind in both commitments to Ban-the-Box policies and results from the implementation of those policies.  In 2016, just 19 companies across America joined the Obama Administration as founding pledge takers to launch the Fair Chance Business Pledge.[12]  This pledge was made in hopes of encouraging members of the private sector to “improve their communities by eliminating barriers for those with a criminal record and creating a pathway for a second chance.”

In terms of the benefits provided by banning the box, studies on the private sector have not produced equally strong results compared to the public sector labor market.  Results of those studies have been mixed, with some finding instances where Ban-the-Box policies seem to have had a negative effect on some minority groups in the labor market in the form of statistical discrimination.

Four states and nine cities, including Washington D.C., have passed some form of Fair Chance Housing laws to combat unfair housing practices.  In addition, three states (Colorado, New York, and Oregon) and the city of Seattle have restricted the use of Public Record laws, thereby providing some protection for ex-offenders in the rental housing market.  With additional cities contemplating passing their own version of a fair housing policy, the expectations are that there will be both individual and societal benefits created from these policies.

One of the most important benefits would be to increase the odds of obtaining public housing, which is more affordable than private rental units.  For renters, many affordable housing programs such as Section 8 public housing or Section 41 housing projects will deny applications based on criminal background.  Without access to these programs, many ex-offenders face homelessness.  According to the report Nowhere to Go: Homelessness Among Formerly Incarcerated People, by Lucius Couloute of the Prison Policy Initiative, formerly incarcerated people are nearly ten times more likely to be homeless than the general public.  The rate of homelessness for formerly incarcerated people was 203 per 10,000 people, while another 367 per 10,000 were marginally housed in hotels, motels, or rooming houses but not counted as homeless.[13]

By eliminating this barrier, fair chance housing laws will help reduce homelessness and, consequently, recidivism.  When people are stably housed, they have fewer recorded non-violent offenses like theft, robbery, trespassing, loitering, and prostitution.  These are prime reasons people with low-level offenses are incarcerated.  According to the Texas Criminal Justice Coalition, homeless men make up 40 percent of all arrests for non-violent crimes.[14]

In addition, it will bring consistency to the application process and set standards and guidelines for landlords to follow.  This will help reduce the inequity between standards for “buyers” compared to “renters.”  While there are no laws preventing a lending institution from declining a mortgage loan because of criminal history, it is widely accepted that private banks and lenders are primarily worried about income, credit score, length of current employment, and ability to pay back the loan.

By contrast, for renters, a criminal history can be a cause for denial.  The liability of renting to certain types of ex-offenders creates the need for background checks in the rental market, which is not the case for home buyers.  As explained by the American Apartment Owners Association[15]:

Addressing these concerns will help encourage more property owners to adopt Ban-the-Box policies.  Complete elimination of homelessness may be unattainable, but the fact remains that too many vulnerable citizens are relegated to spending nights on the streets.  Ban-the-Box policies in the housing rental markets must continue to be utilized and expanded so that no citizen is left vulnerable to homelessness.